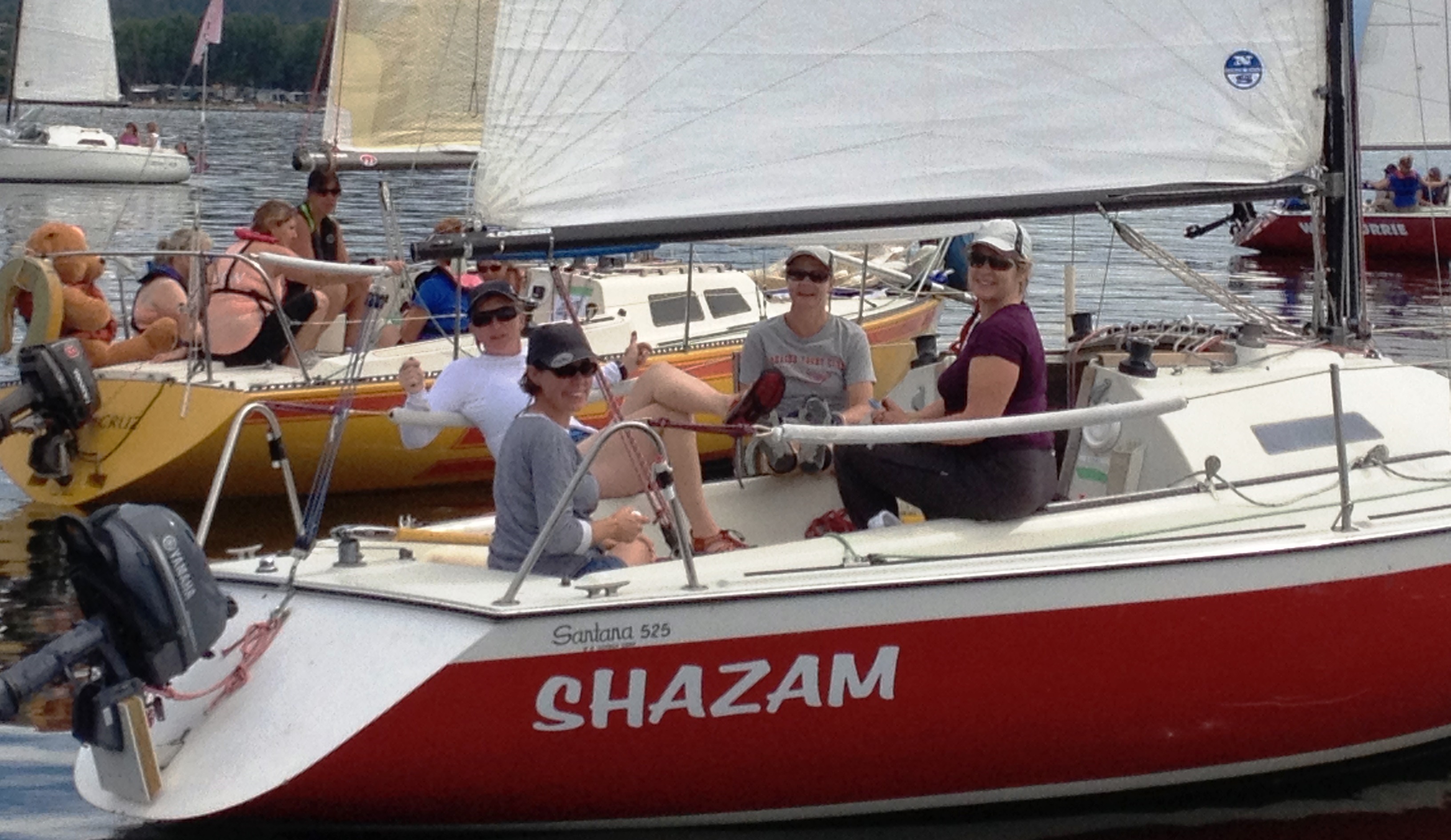 Results are In for the 2016 Okanagan Women’s Sailing Regatta!

The 2016 Okanagan Women’s Sailing Regatta kicked off with representation from across the lake. A record six boats came down from the Vernon Yacht Club and the remaining 11 from the Kelowna and Summerland Yacht Clubs with one sailor coming from Penticton!

Aline Vance (right in photo below) was the chair and organizer for the 2016 Okanagan Women’s Sailing Regatta and along with some hardworking volunteers, did an amazing job of bringing the event together!

Barbara Coughlin (left in photo above) does the results for all the Wednesday Night Racing throughout the season and for the regattas at the Kelowna Yacht Club and has been doing so for close to 20 years! Barbara also did the results for the National Women’s Championship races in 2007 and 2015 when they came to Kelowna, and the 2016 Land Rover Kelowna Melges 24 Canadian National Championship June 24 – 26! Barbara has been coming to the West Kelowna Yacht Club for our Okanagan Women’s regattas for as long as they’ve been held there and here are the:

Carol Craske was a key figure in getting the women’s sailing fleet going in Vernon and boats went out Thursday nights for the past few months to get time on the water and practice for the regatta.  The VYC series’ overall results show most of the boats that made it to the West Kelowna regatta and the boats that came out for the series this year.

In the PHRF Fleet, first place went to Corona Bob with Toni Clark, Sue Ruuska (on helm), and Robin Castle. 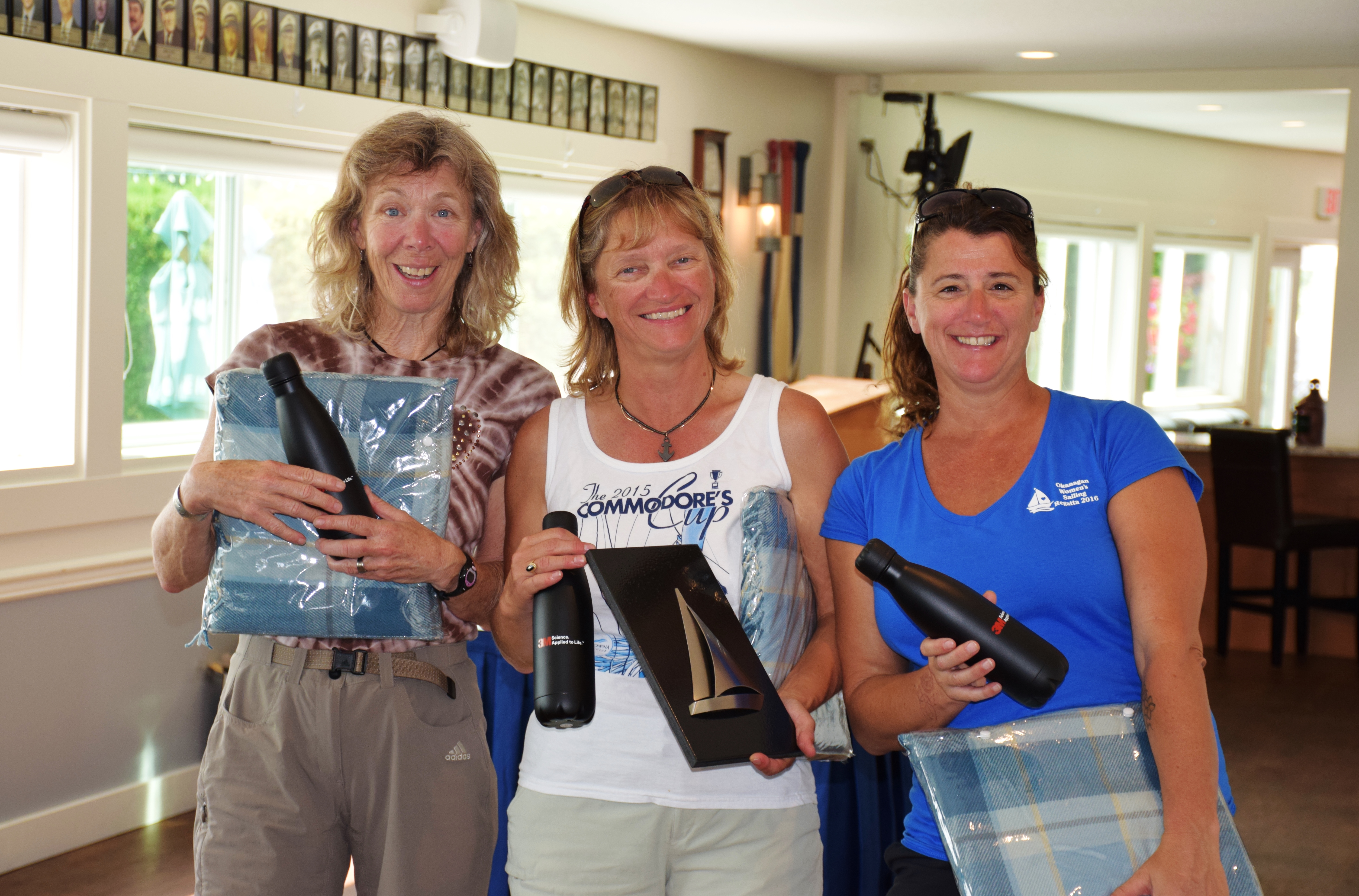 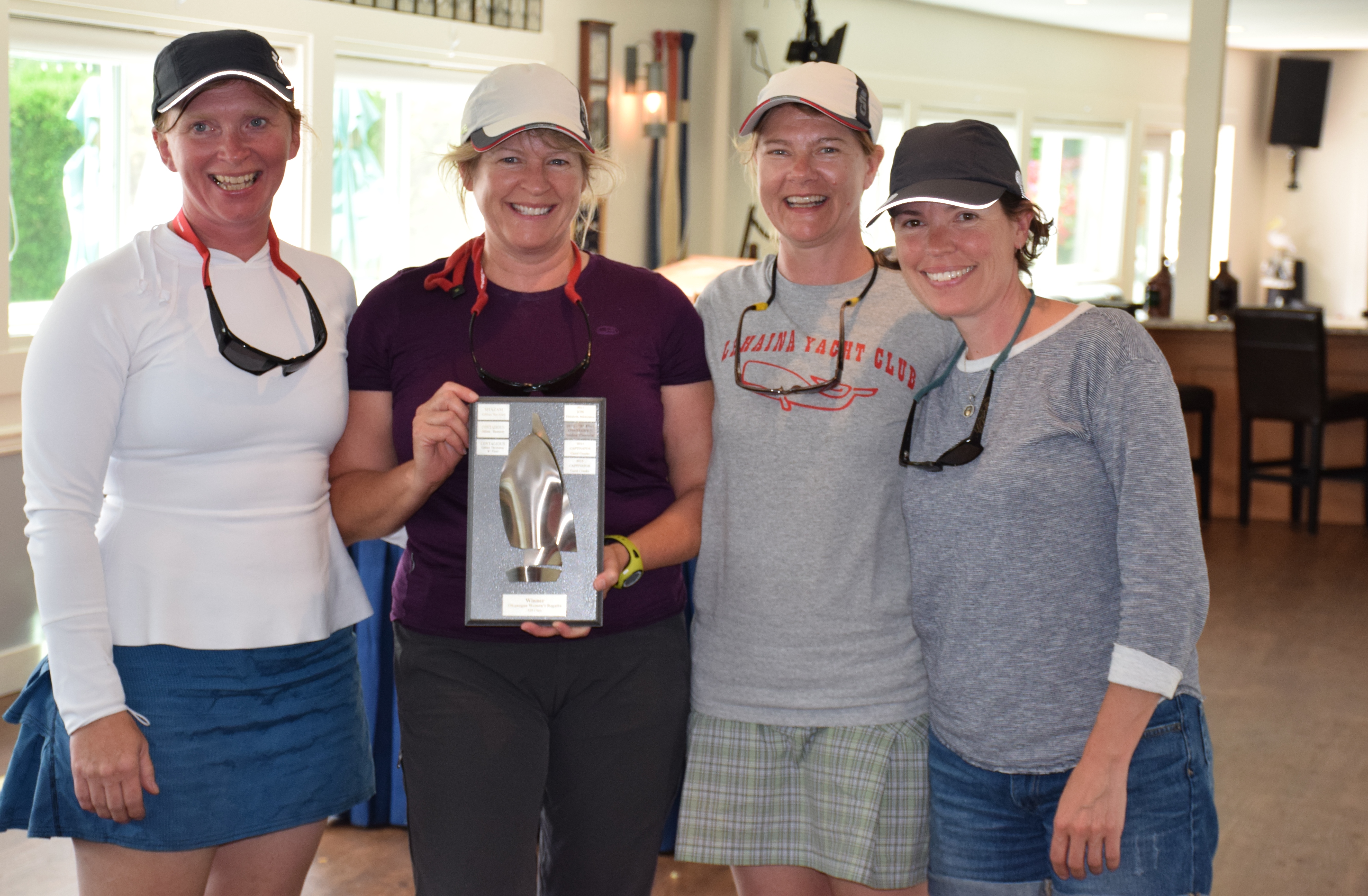 In the coached Fleet, first place went to The Factor with Nicole Mitchell, Marilea Sharpe (on helm), Briar Hahn, Whitney Wynn and Fred Trautmann (coach) Deb Erikson (not in photo) 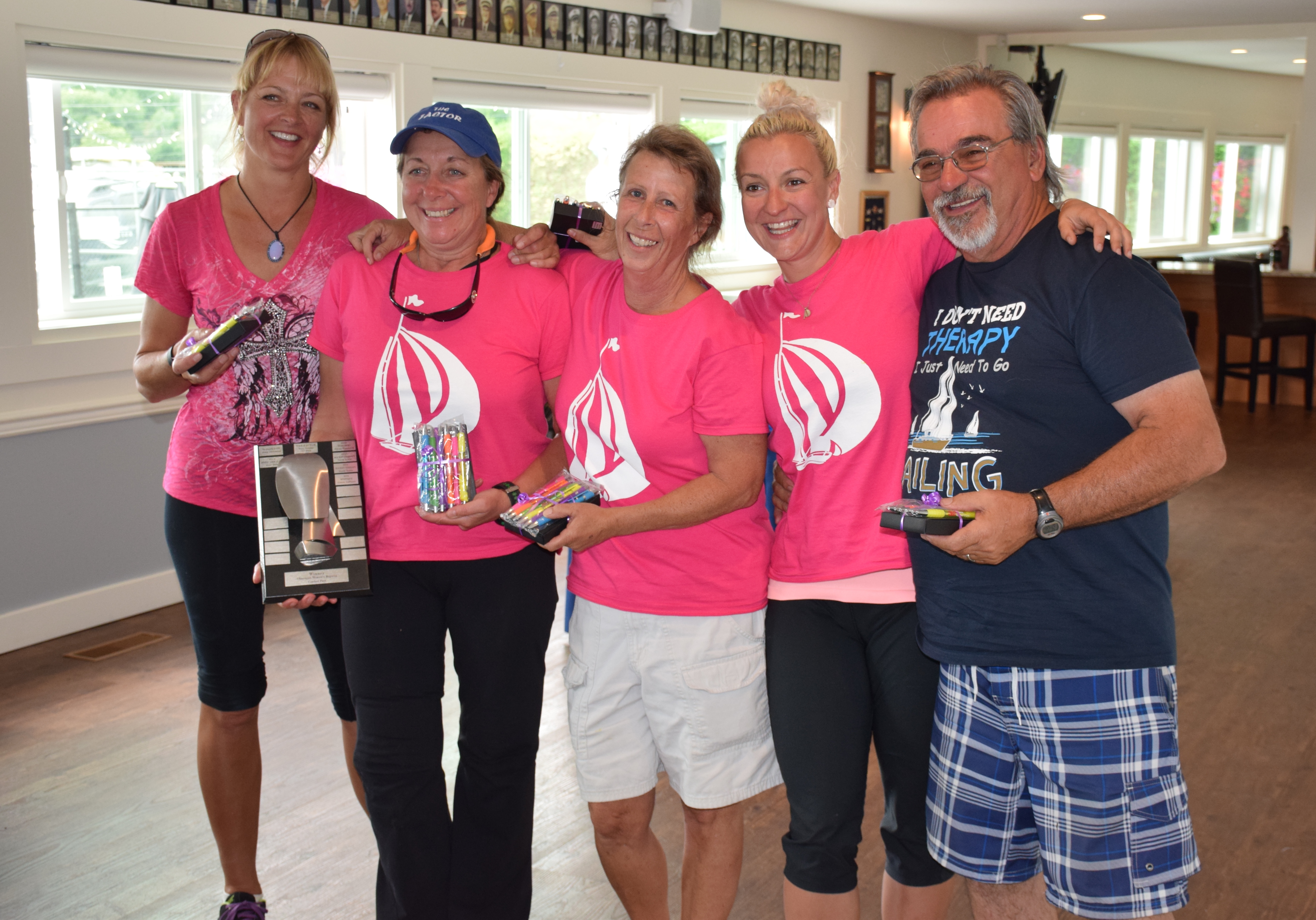